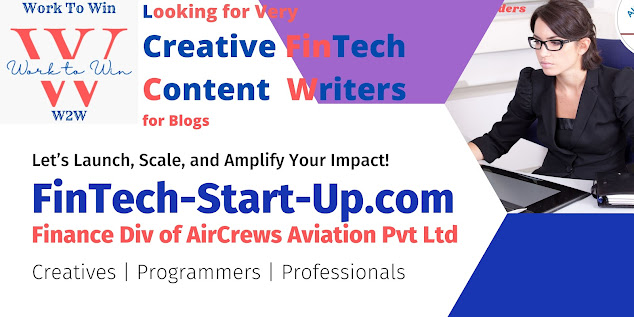 We Need Content Writers to Work From Home to Help our B2C & B2B Brands & Services with Copywriting & Content writing to nurture, persuade and convert our Target Audience. We are very diversified and different Social Media Marketing Start-Up approved by Govt of India under Start_Up India.   Only very Creative Content  Writers who can Think Out of The Box and very innovative should Apply for various positions.

Our Creative Content  Writers for Blog  is an Entry-Level Job Role. It is the role responsible for writing clear, creative and attractive copies.

It also includes tasks like proofreading and using SEO tools. It is a stepping stone if you are looking to make a Good Career in the Creative Content Writers  field. You must be Very Creative Content Writer   working in the writing and Editing Industry. You must be Skilled in Google Drive, SEO, SMM,  Microsoft Excel, Microsoft Word, Microsoft PowerPoint, Leadership, and Microsoft Office. Strong Education Professional with a Focus in Information Technology,  Engineering or Management.

#Research Ideas and facts pertinent to the type of Content / Topic assigned.

#Develop Creative  and Innovative Ideas derived from Online/Offline Research and Organize the same on paper or Computer Applications.

We are Looking for   Content Writers  who's Expertise lies in these Niches:

You may also need to Curate:

Your Creative Content must resonate with the Audience and People talk about it over a Cup of Coffee.

You must stay connected to the latest Trends and Imbibe a Personal Touch to your Pieces. We need assured of Quality Content too!

Send us Your Info on 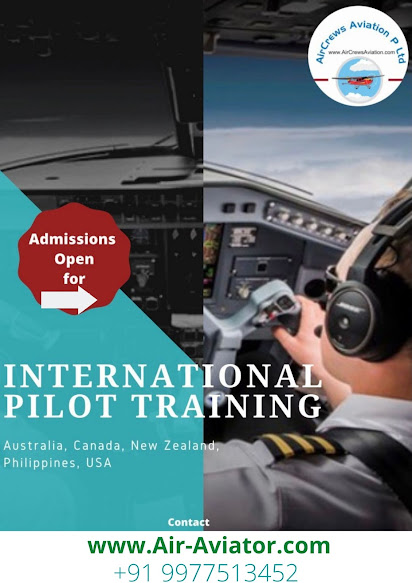 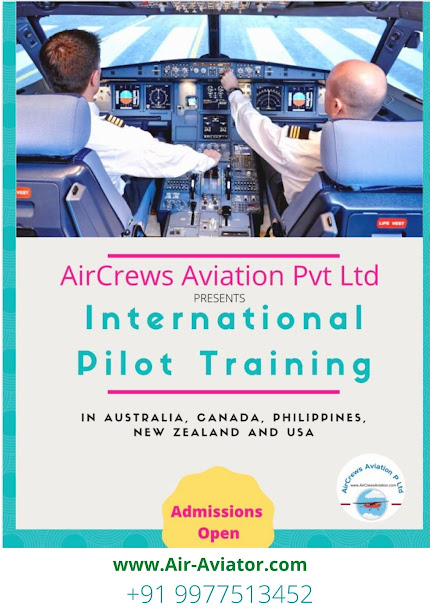 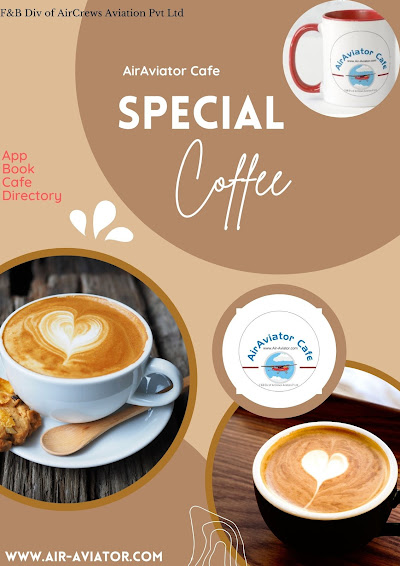 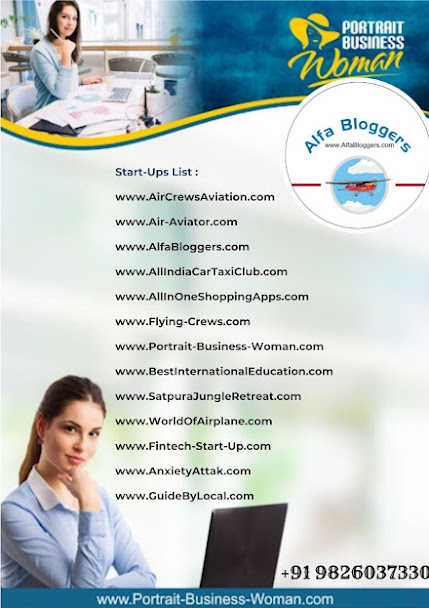 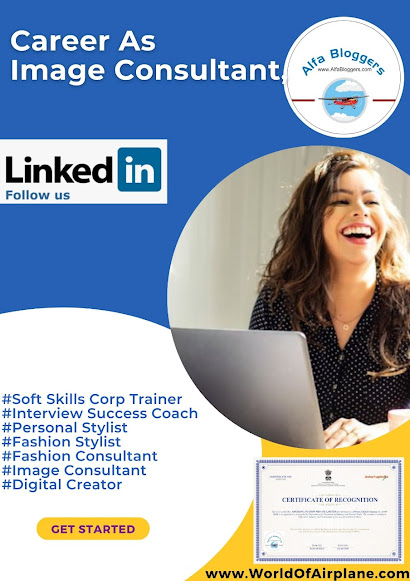 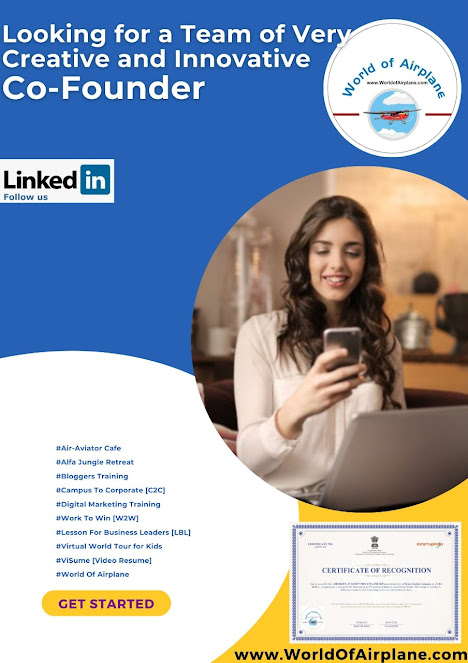 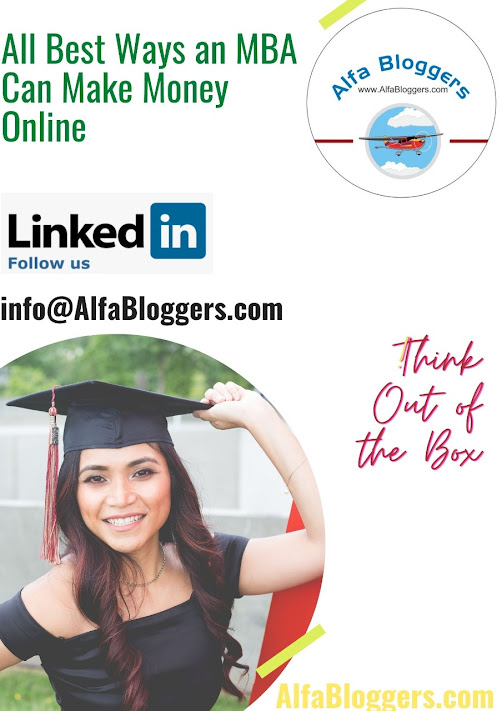 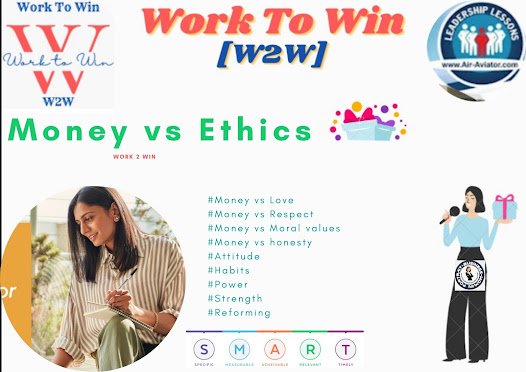 Money may sound as the most attractive word since ages. It grabs everyone’s attention whenever it speak through its shine. Money often challenges love, respect, honesty, moral values easily.

A low salaried man/ woman loses his/her dignity often publicly because the family members give more weightage to the status.

A girl with low financial background may not get the deserved respect in her husband’s house due to several comparisons. These are instances of Respect vs Money.

Someone may desire to switch to other person shining with more Financial Power- this is an example of Love vs Money.

Money often makes us blind and we overlook how other’s would feel. Since we nurture this as our attitude we land up hurting our family members too without realizing. Try to put yourself in other’s shoe and feel the need of the moment. Your controlled reaction may overload someone with happiness, love, respect and your soul may win the match over money. This will empower you more.

Habits helps in development of our personality which is reflected in our attitude. Making this as our attitude that we should not react considering others financially powerless. Team spirit, family bond is often observed as Strength beyond money Power.

Having the right attitude will help us develop a lot of good habits and empower us every time to keep moving or even get up when we fall. Our soul will live forever. There will be countless people who cry when we die, just if we utilize the power of money in right and justified manner. Developing the attitude of extending a helping hand to other’s rather than humiliating them.

All the money you made will never buy back your soul. Money is not everything but is probably just second to Oxygen.

It's worth it- if you feel it.

-I am in hurry too-https://www.bestinternationaleducation.com/2022/01/i-am-in-hurry-too-be-change-to-see.html

-Why should we bother ourself- https://bit.ly/3zjV92M

-What can I do now? The secret to welcome problems positively

Attitude Is Everything- Secret Code to Win-

Back to My School 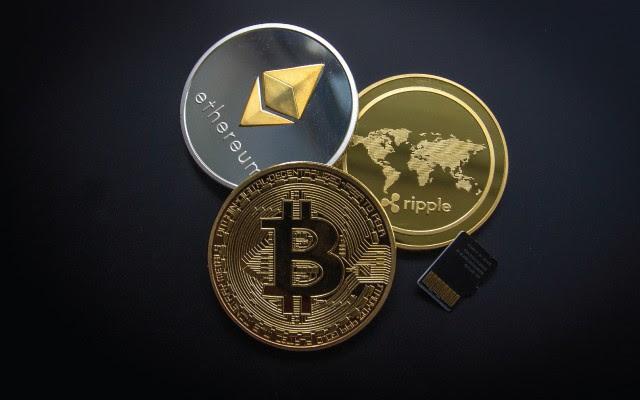 Bitcoin vs. Ethereum: An Overview

Ether (ETH), the cryptocurrency of the Ethereum network, is the second most popular digital token after bitcoin (BTC). As the second-largest cryptocurrency by market capitalisation (market cap), comparisons between Ether and bitcoin are only natural.1

Ether and bitcoin are similar in many ways: Each is a digital currency traded via online exchanges and stored in various types of cryptocurrency wallets. Both of these tokens are decentralised, meaning that they are not issued or regulated by a central bank or other authority. Both make use of the distributed ledger technology known as blockchain.

However, there are also many crucial distinctions between the two most popular cryptocurrencies by market cap. Below, we’ll take a closer look at the similarities and differences between bitcoin and ether.

Bitcoin was launched in January 2009. It introduced a novel idea set out in a white paper by the mysterious Satoshi Nakamoto—bitcoin offers the promise of an online currency that is secured without any central authority, unlike government-issued currencies. There are no physical bitcoins, only balances associated with a cryptographically secured public ledger.

Although bitcoin was not the first attempt at an online currency of this type, it was the most successful in its early efforts, and it has come to be known as a predecessor in some way to virtually all cryptocurrencies that have been developed over the past decade.

Over the years, the concept of a virtual, decentralised currency has gained acceptance among regulators and government bodies. Although it isn’t a formally recognised medium of payment or store of value, cryptocurrency has managed to carve out a niche for itself and continues to co-exist with the financial system despite being regularly scrutinised and debated. 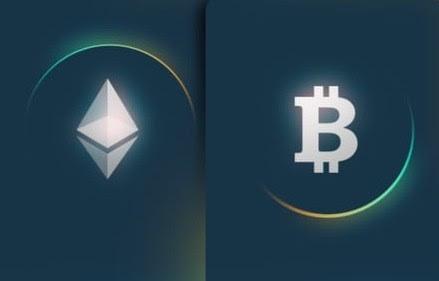 While both the Bitcoin and Ethereum networks are powered by the principle of distributed ledgers and cryptography, the two differ technically in many ways. For example, transactions on the Ethereum network may contain executable code, while data affixed to Bitcoin network transactions are generally only for keeping notes. Other differences include block time (an ether transaction is confirmed in seconds, compared to minutes for bitcoin) and the algorithms on which they run: SHA-256 for Bitcoin and Ethash for Ethereum.

Both Bitcoin and Ethereum currently use a consensus protocol called proof of work (PoW), which allows the nodes of the respective networks to agree on the state of all information recorded on their blockchains and prevent certain types of economic attacks on the networks.11 In 2022, Ethereum will be moving to a different system called proof of stake (PoS) as part of its Eth2 upgrade, a set of interconnected upgrades that will make Ethereum more scalable, secure, and sustainable.

More importantly, though, the Bitcoin and Ethereum networks are different with respect to their overall aims. While bitcoin was created as an alternative to national currencies and thus aspires to be a medium of exchange and a store of value, Ethereum was intended as a platform to facilitate immutable, programmatic contracts and applications via its own currency.

BTC and ETH are both digital currencies, but the primary purpose of ether is not to establish itself as an alternative monetary system but rather to facilitate and monetise the operation of the Ethereum smart contract and dApp platform.

Ethereum is another use case for a blockchain that supports the Bitcoin network and theoretically should not really compete with Bitcoin. However, the popularity of ether has pushed it into competition with all cryptocurrencies, especially from the perspective of traders. For most of its history since the mid-2015 launch, ether has been close behind bitcoin on rankings of the top cryptocurrencies by market cap.1

The Ethereum ecosystem is growing by leaps and bounds, thanks to the surging popularity of its dApps in areas such as finance (decentralized finance, or DeFi apps), arts and collectibles (non-fungible tokens, or NFTs), gaming, and technology. This has enabled ETH to surge 510% in 2021 (as of Nov. 29, 2021), compared with a 93% gain for BTC. As a result, while ETH’s market cap was only about one-tenth of BTC’s in January 2020, ETH’s market cap of $528 billion was about one-half that of BTC’s $1.08 trillion as of November 2021.

What is the main difference in application between Bitcoin and Ethereum?

Bitcoin is primarily designed to be an alternative to traditional currencies and hence a medium of exchange and store of value. Ethereum is a programmable blockchain that finds application in numerous areas, including DeFi, smart contracts, and NFTs.

Why is Bitcoin compared to digital gold and Ethereum to digital silver?

Bitcoin is compared to digital gold because it was the very first cryptocurrency and is the biggest with a market cap exceeding $1 trillion, while its limited supply (the maximum number of Bitcoins that can be mined is 21 million) may ensure that it retains value. Ethereum is compared to digital silver because it is the second-largest cryptocurrency by market cap and, like the precious metal, has a wide variety of applications.

What are Bitcoin’s and Ethereum’s shares of the crypto market?

How many BTC and ETH are currently in circulation?

Email ThisBlogThis!Share to TwitterShare to FacebookShare to Pinterest
Labels: Bitcoin vs. Ethereum: What’s the Difference 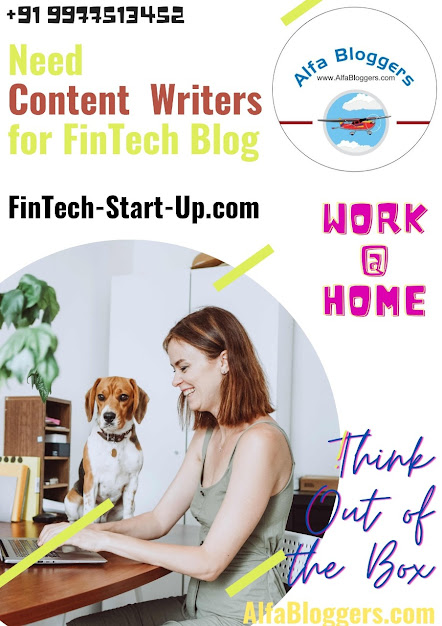 Graduation in Mass Communication and Journalism

Fintech-Start-Up.com  is a FinTech  Research and Educational Consulting company that caters to the varied FinTech  needs of clients across the globe. Our Goal is to provide quality and timely service to our clients. We have a Team highly experienced, skilled and trained professionals across our   offices in India, Canada, USA and Philippines. Join our talented and highly growing team if you possess good written communication skills, research skills and your domain knowledge.

Have a Skill set in Creative Writing,

Create and edit short videos for YouTube and other social media platforms.

Have passion and skill in

Be a Successful FinTech Writer

Which is best Mutual Fund for SIP?

Is SIP good for Mutual Fund?

How can I start Investing in SIP?

Which is better Investment SIP or Mutual Fund?

How to start SIP Investment

All Work From Home