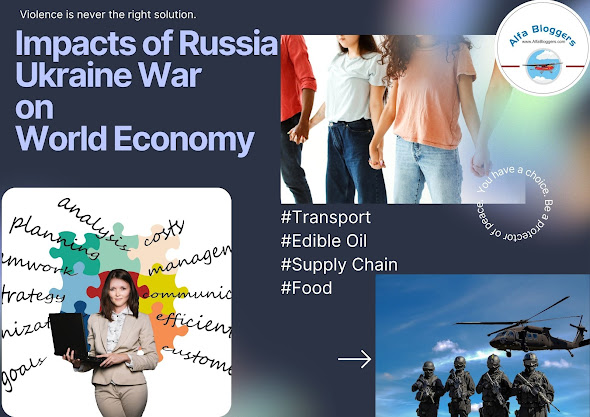 Currently, there is an ongoing war between Russia and Ukraine. The war actually started in 2014 but is still continuing due to the largest military attack in Europe since the second world war. The war between the two took place on 24th February 2022. The main reason behind this conflict is that Russia is demanding an end to NATO's eastward expansion.

Ukraine wanted to become a member of the North Atlantic Treaty Organization in 2002 just to increase its military but as now Russia is against this and due to this the war has arisen between the two countries.

This Russo-Ukrainian war has led to the impacts on the world Economy and due to which the following factors get affected in this way. The various effects of Russia and Ukraine war has been discussed below

Ukraine and Russia are the major exporters of the sunflower oil which is one of the leading brands of edible oil. There is a 10% to 15% increase in the sunflower edible oil after the war between Russia and Ukraine. After the war started the retailers and wholesalers increased the prices as they were having difficulty in exporting the oil.

Russo- Ukrainian war has also affected the supply chain such that inflation is having a positive impact but on the other hand there is a negative impact on both the trade and global industrial production. Management of the supply chain can result in reduction of the costs, maximize the competitive advantage and customer value.

Both Russia and Ukraine supply wheat which is being used in the global production of items such as beer, pasta, bread and other staples. As per the records the wheat that is being produced in Ukraine is 10% of the world’s wheat and due to the ongoing war the prices of food has increased rapidly and this will be a big problem to the consumers in purchasing even the day to day staples from the market. 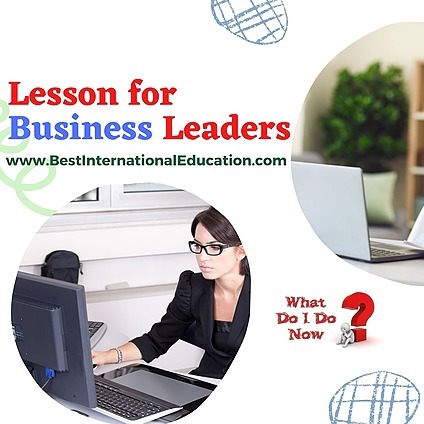 Motivate YourSelf : ImPossible Means I Am Possible

Most Successful Female Entrepreneurs of India

Importance of Leaders in Business by Darshana Khandelwal

Leaders Managing Change in the Business by Darshana Khandelwal

Increase Your Self- Productivity By Nehha s Kotharie