Fintech companies are those who use specialized software, algorithms to help businesses and consumer manage their financial operations and investments more efficiently. the fintech industry has exploded in the last couple of decades. As the tech savvy millennial generation aged, banking and financial options evolved, too, and once rare perks like mobile banking became standard. But banks aren't the only financial institutions that have made tech-driven changes. Entire markets — from digital loans and mobile stock services to e-commerce payment platforms and digital currency exchanges — are rooted in digital financial access.

PAYTM: Paytm is the leading digital wallet company in India with its headquarters in Noida, Uttar Pradesh. 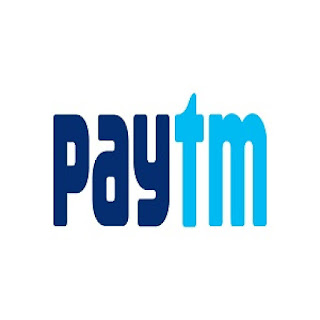 Paytm mobile wallet is their flagship product which is used by millions of Indian consumers. Paytm has 9000+ employees and has a revenue of $118 Mn (2017-18). It was founded in the year 2010. Paytm also specializes in online shopping. Paytm is a private company. Vijay Shekhar Sharma is the Founder and CEO of Paytm. After launching in the year 2010, Paytm raised a total of 2.2 billion USD in 4 funding rounds and Paytm has acquired a total of 11 companies including Nearby, Insider.in, Edukart.

·       Bill Desk: Bill Desk is an online payment services company with its headquarters in Mumbai, Maharashtra, India. India Ideas is the parent company of Bill Desk. Bill Desk has 400+ employees and revenue of $132 Mn (2017-18). It was founded in the year 2000. Bill Desk is a private company. Karthik Ganapathy, Ajay Murthy, and M.N Srinivasu are Co-founders of Bill Desk. After launching in the year 2000, Bill desk has raised a total of 241 million USD over 4 funding rounds. The CEO of Bill desk is M.N Srinivasu. 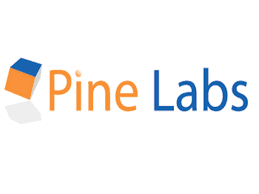 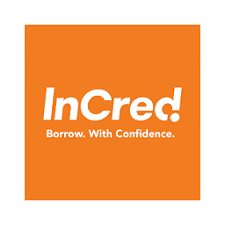 ·       INCRED:  Incred is a digital lending platform for consumers and SMB’s. It has its headquarters in Mumbai, Maharashtra, India. Incred has 600+ employees and a revenue of $18 Mn (2017-18). It was founded in the year 2016. Incred is a private company. Bhupinder Singh is the Founder and CEO of Incred. After launching in the year 2016, Incred has raised a total of 175 million USD over 2 funding rounds. 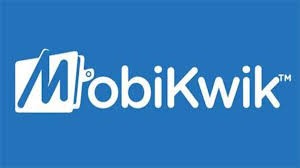 ·       MOBIKWIK: Mobikwik is a mobile payments company connecting consumers with merchants and online sellers. It has its headquarters in Gurgaon, Haryana, India. Mobikwik has 550+ employees and a revenue of $12 Mn (2017-8). It was founded in the year 2009. Mobikwik is a private company. Bipin Preet Singh and Upasana Taku are the Co-founders of Mobikwik. After launching in the year 2009, Mobikwik has raised a total of 118 million USD over 8 funding rounds. The CEO of Mobikwik is Bipin Preet Singh. 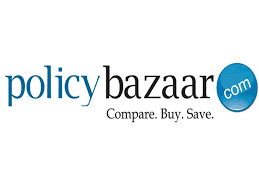 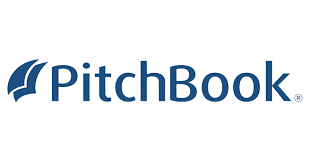 ·        Pitchbook:  Pitchbook is a financial software and data company that provides information about public and private equity markets. The platform enables companies, investors, advisors and professionals to capitalize on new business opportunities via due diligence research on private market intel, fundraising information and source investments. 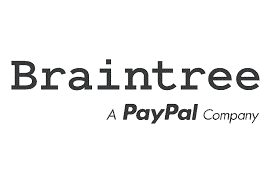 ·        Braintree: Braintree a division of PayPal, provides payment services to businesses of all sizes. Accepting payment types ranging from credit cards to Venmo, its products help companies that operate online and as marketplaces to bolster security, prevent fraud and safeguard user information.

CHALLENGES IN MICRO FINANCE IN INDIA

There are over 10,000 microfinance institutions serving in excess of 150m customers, 100m of them being the poorest families. Microfinance is gathering momentum to become a significant force in India. Some challenges faced by micro finance in India are:

·        Financial Illiteracy: One the major challenge in India towards the growth of the microfinance sector i.e. illiteracy of the people. This makes it difficult in creating awareness of microfinance and even more difficult to serve them as microfinance clients.

·        Lack of information: There are various sources of credit information in India, but none of these focuses on small, rural borrowers. Credit information on such borrowers is difficult to obtain because the majority of the rural poor rely on moneylenders and other informal lenders, and it is not in the interest of such lenders to pass on a borrower’s good credit repayment record to other providers of finance.

·         Inability to generate funds:  MFIs have inability to raise sufficient fund in the microfinance sector which is again an important concerning challenge. Through NBFCs are able to raise funds through private equity investment because of the for-profit motive, such MFIs are restricted from taking public deposits.

·        Heavy dependence on banks & FIS: MIF’s are dependent on borrowing from banks & FIS. For most of the MFI’s funding sources are restricted to private banks & apex MFI’s. In these available bank’s funds are typically short term i.e. maximum 2 years period. Also, there is a tendency among some lending banks to sanction and disburse loans to MFI, s around the end of the accounting year in pursuit of their targets.

·        Weak Governance: Many MFI’s are not willing to convert to a corporate structure; hence they trend to remain closed to transparency and improved governance, thus unable to attract capital. MFI’s also facing a challenge to strike a balance between social and business goals. Managements need to adapt business models based on changing scenarios & increased transparency; this will enable attracting capital infusion and private equity funds.

·        Interest Rate: MFIs are charging very high interest rates, which the poor find difficult to pay. MFIs are private institutions and therefore require being economically sustainable. They do not get any subsidized credit for their lending activities and that is why they need to recover their operational costs from borrowers

·        Regional Imbalances: There is unequal geographical growth of Microfinance institutions and SHGs in India. About 60% of the total SHG credit linkages in the country are concentrated in the Southern States. However, in States which have a larger share of the poor, the coverage is comparatively low. Main reason for this is the state government support, NGO concentration and public awareness.

·        Over-indebtedness due to multiple borrowings and inefficient risk management: Microfinance institutions (MFI) provide financial services to the poorer section of the society in order to improve their standard of living. Therefore, over-indebtedness is major issue.  Lack of risk management framework and multiple borrowings by most clients led to micro-finance crisis in India in 2008. In some cases, it has been seen that there is no apex control over the MFIs’. This sector gives loans without collateral which increases the risk of bad debts.

·       Over-dependence on banking system for funding: Majority of the MFIs’ in India are registered as Non-Governmental Organizations (NGOs). They are dependent on financial institutions such as commercial banks for stabilised funding for their own lending activities. Around 80% of their funds come from banks. Most of these are private banks which charge a high rate of interest and also the term of loans is of shorter period. Most of the times, banks lend to microlending firms in order to meet their so-called priority sector loan targets (Unnikrishnan, 2012). The over dependence of Indian microfinance industry on banks make them incompetent and less reactive towards dealing with default and delinquencies (Sapundzhieva 2011)).

·       Regulatory issues: Presently the Reserve Bank of India (RBI) is the regulatory body for the microfinance industry in India. However, it has traditionally catered to commercial and traditional banks rather than MFIs’. Moreover, the needs and the anatomy of micro finance industry is supremely different from that of banks. In the past the industry has undergone sporadic and unprecedented regulatory changes. Some of these have benefited the industry greatly, but a lot of issues were unaddressed, like creating barriers for entry to restrict unworthy players (PwC, 2016). Not only has it led to constant structural and operational changes but also created ambiguity in norms of conduct. Therefore, there is a need for a separate regulatory authority for this industry. Regulatory issues have led to sub-optimal performance and failure in the development of new financial products and services through which the poorer section can be benefited.

·       P2P Lending PROBLEMS: Lenders face exposure from defaults, and their funds (with some exceptions) are not insured. The success of P2P lenders to limit loan losses varies by lender and over time. A lender can be talked into making a bad loan with a good sob story. Compared to walking into a bank or credit union, P2P lending can take much more work, especially if the loans are funded through auction. The loan selection and bidding process can demand a level of financial sophistication many people don't have. Because this is such a new industry, there are bound to be waves of lender consolidation, interface/administrative changes, and changes to the lending practices themselves. This may be more of a burden and risk than disciplined investors are willing to allow.

·       MSME LOANS: Microloan or MSME loan portfolios of non-banking financial companies (NBFC) and microfinance institutions (MFI) might see a significant increase in delinquency levels amid the Coronavirus epidemic as the lower-income groups, typically labourers and daily wage earners are likely to be hit hardest. The impact would be visible “in the urban and semi-urban portfolios before spreading to the rural portfolios,” the credit rating agency said. The risk of delinquencies also exists for financiers offering unsecured loans to SMEs who typically rely on the assessment of the estimated cash flows with high yield. 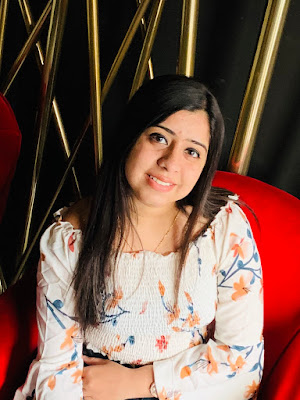 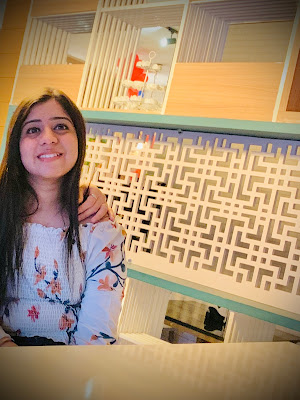