When money is deposited with a “tenure” , it cannot be withdrawn before its maturity fixed at a particular time. Such deposits are called “Time deposits ” or "Term Deposits".The most common example of Time deposits is “Fixed Deposit” All time deposits are eligible for interest payments. Interest rate depends upon the tenure and amount of deposit. This rate varies from bank to bank. The interest rate is generally higher for time deposits of longer tenure. On the basis of their nature, time deposits may be of 3 types as follows:
* Fixed Deposits
A fixed rate of interest is paid at fixed, regular intervals
* Re-investment Deposits
Interest is compounded quarterly and paid on maturity, along with the principal amount of the deposit. In the Flexi Deposits amount in savings deposit accounts beyond a fixed limit is automatically converted into term-deposits.
*Recurring Deposits
Fixed amount is deposited at regular intervals for a fixed term and the repayment of principal and accumulated interest is made at the end of the term.These deposits are usually targeted at persons who are salaried or receive other regular income.A Recurring Deposit can usually be opened for any period from 6 months to 120 months.
Further, banks also provide a combination of demand and time deposits in the form of various products.
Examples of such products include Recurring Deposits, Flexible RDs,Multiplier FDs,Special Term deposits accounts etc.
*Demand deposits
If the funds deposited can be withdrawn by the customer (depositor / account holder) at any time without any advanced notice to banks; it is called demand deposits.One can withdraw the funds from these accounts any time by issuing cheque, using ATM or withdrawal forms at the bank branches.The money as demand deposit is liquid and can be encashed at any time. The ownership of demand deposits can be transferred from one person to another via cheques or electronic transfers.There is no fixed term to maturity for Demand Deposits.  The demand deposits may or may not pay interest to the depositor.
For example, while we get an interest on savings accounts; no interest is paid on current accounts.
As mentioned above, there are two types of demand deposits viz. savings accounts and current accounts.
*Current Account
A current account is always a Demand Deposit and the bank is obliged to pay the money on demand. The Current accounts bear no interest and they account the smallest fraction among the current, saving and term deposits. They provide the convenient operation facility to the individual / firm. The cost to maintain the accounts is high and banks ask the customers to keep a minimum balance.
*Saving Accounts
Savings deposits are subject to restrictions on the number of withdrawals as well as on the amounts of withdrawals during any specified period. Further,minimum balances may be prescribed in order to offset the cost of maintaining and servicing such deposits. Savings deposits are deposits that accrue interest at a fixed rate set by the commercial banks.
Difference Between Current Accounts and Savings Accounts
*CASA Deposits
CASA Deposits refers to Current Account Saving Account Deposits. As an aggregate the CASA deposits are low interest deposits for the Banks compared to other types of the deposits. So banks tend to increase the CASA deposits and for this they offer various services such as salary accounts to companies, and encouraging merchants to open current accounts , and use current accounts, and use their cash-management facilities. The Bank is High CASA ratio (CASA deposits as % of total deposits) are in a more comfortable position than the banks with low CASA ratio,which are more dependent on term deposits for their funding, and are vulnerable to interest rate shocks in the economy, plus lower spread they earn.
* NRO, NE(E)RA and FCNA(A) Accounts
There are several kinds of accounts available for non resident Indians , Persons of Indian Origin and Overseas Citizens of India. They are as follows:
Non Resident Ordinary Accounts: (NRO):
Any person resident outside of India can open this account. Normally, when a resident becomes a non resident, his domestic rupee account gets converted into the NRO account. This helps the NRI to get his credits which accrue in India, for example rent or interest from investments.
Non-Resident (External) Rupee Account: (NR(E)RA
This account was introduced as NRE scheme in 1970. It’s a Rupee account and the NRI can remit money to India from the funds abroad. This means that depositor is exposed to the Currency rates risk.
Foreign Currency Non-Resident Account: (FCNR)
Foreign Currency Non-Resident Account Bank or FCNR (B) was first introduced in 1993. It replaced the existing FCNR (A) scheme. This account is opened by the NRIs in 6 designated currencies as follows:
1.US Dollar (USD)
2.Great Britain Pound (GBP)
3.Euro (EUR)
4.Japanese Yen (JPY)
5.Canadian Dollar (CAD)
6.Australian Dollar (AUD)
FCNR account is opened ONLY in the form of Term Deposits and NOT in the form of Demand Deposits.
The term is from 1 year to 5 years.  Repatriation of the principal and interest is allowed for repatriation after maturity. Interest is paid on maturity, in the same currency of the deposit. For deposits of tenure up to one year simple interest is paid and for deposits of tenure beyond one year the interest is compounded at half yearly rests. The maturity proceeds inclusive of interest is fully repatriable.The banks may decide the interest rates after approval from RBI and within the limits fixed by RBI. If a person has NRE
account and wishes to transfer to FCNR, it is permissible without prior approval of the RBI.
*Deposit Insurance in India
In India, the bank deposits are covered under the insurance scheme provided by DICGC. When a bank covered by DICGC fails, or undergoes liquidation or is merged with another bank; the DICGC pays the amount due to depositors via the officially appointed liquidator in a time bound manner.

Get up to Rs.1,000 on your first Money Transfer on #PhonePe!

1. Click on my referral link below & install the PhonePe app
2. Link your bank account using just your mobile number
3. Send money using BHIM UPI & get a scratch card with assured cashback up to Rs.1,000! 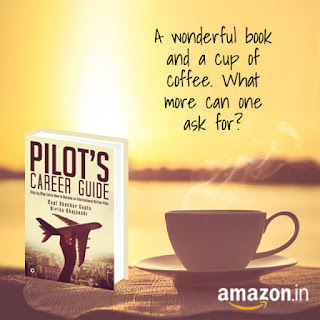